Our school choir, took part in a vocal workshop at St. Luke's church on Wednesday with local conductors.  They sang songs in 3-part harmony and developed a greater awareness of how to perform to an audience.  The children sang for two and a half hours and their focus was brilliant!  Well done Tadley Primary.

We are so very proud of all the children that performed at The Anvil for 'The Mayor's Variety Show' on Saturday.  The children performed brilliantly demonstrating excellent enthusiasm, confidence and team spirit.  We were so excited to be part of the show this year and pleased to be supporting the fundraising for local charities.  Well done Samba Band - you are amazing! 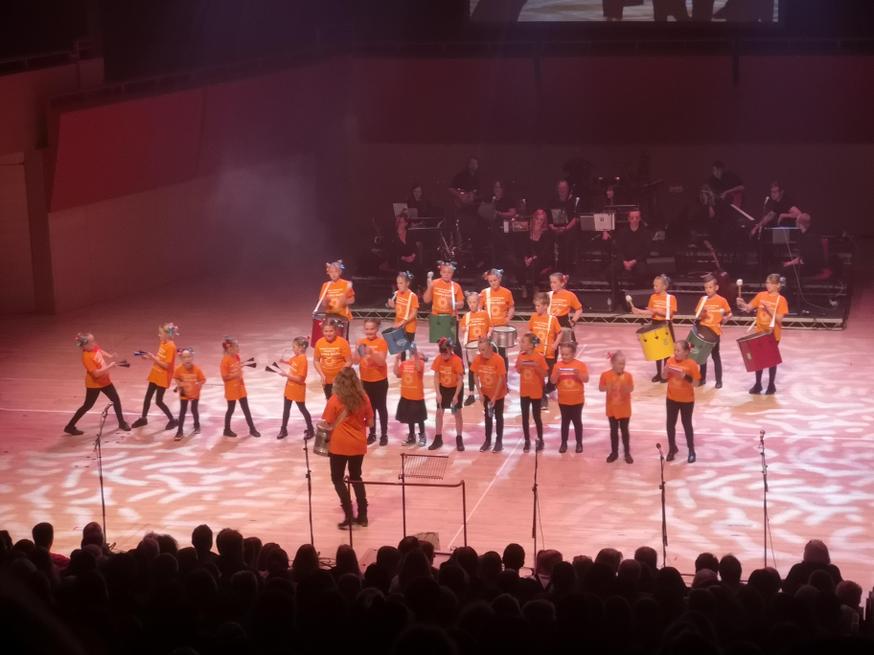 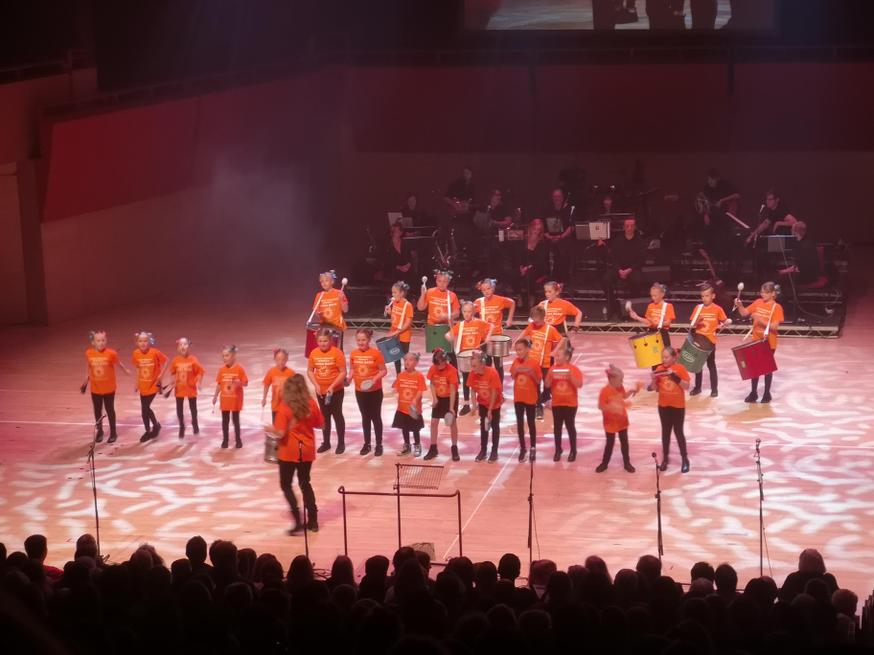 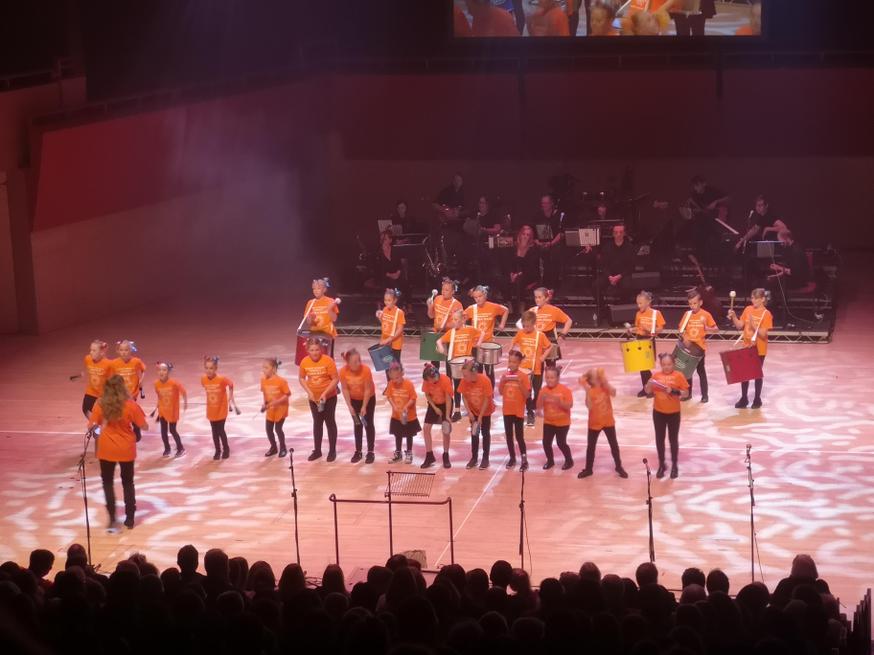 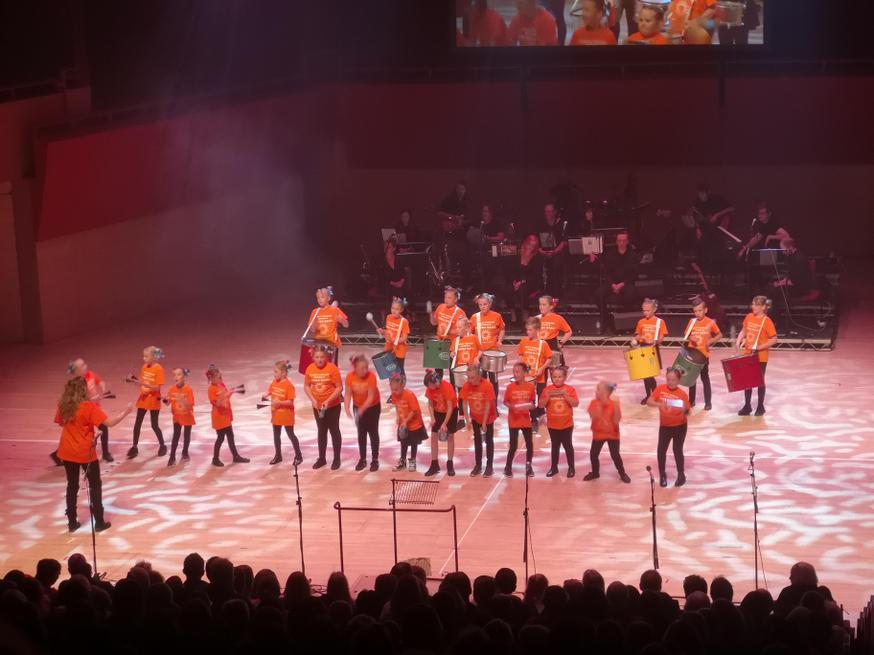 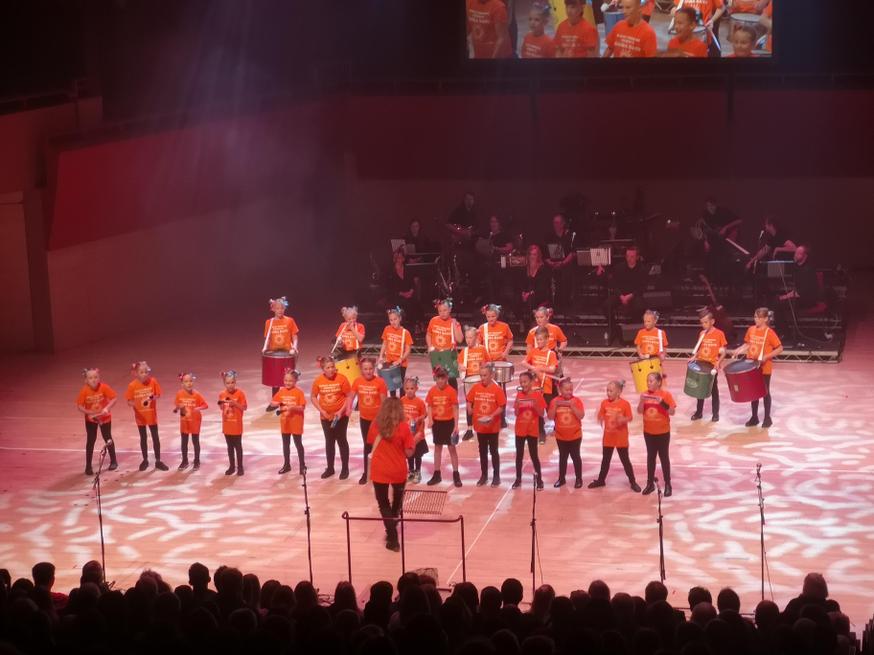 Well done and congratulations to all the children who performed at St Paul’s Fete on Saturday 13th July.  Thank you to all parents, guardians and friends of Tadley Primary School who took part in the performance too and a very special thank you for your ongoing support throughout our performances in the community this Summer. 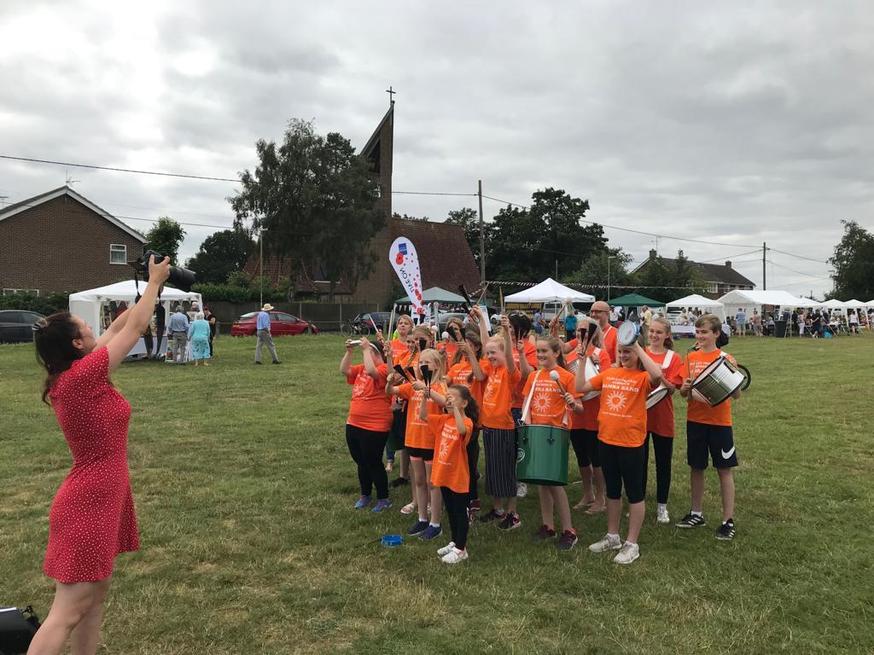 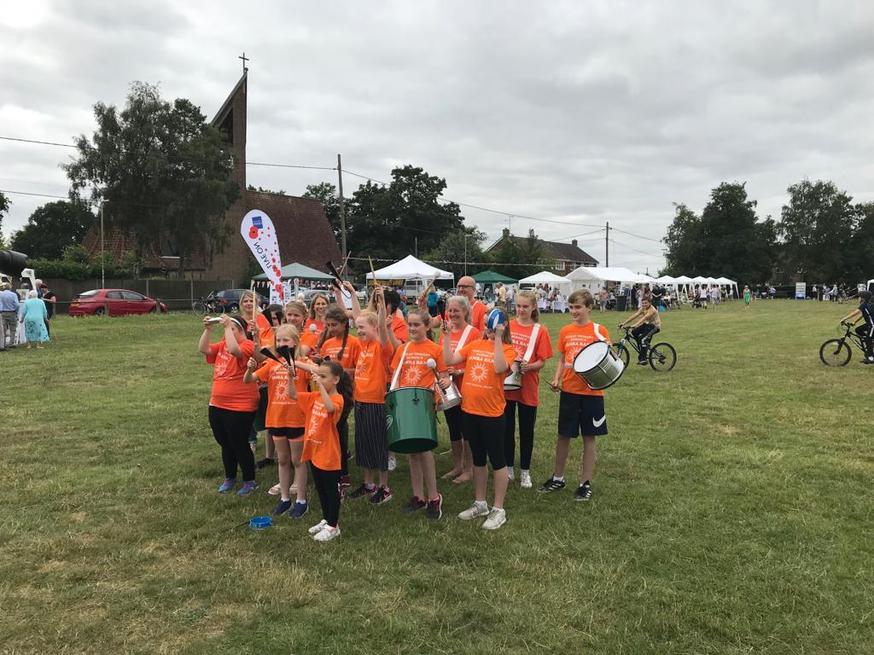 This week, our Bernstein Mass Children's Choir received vocal tuition in preparation for their performance at the Anvil in a few weeks time.  The children learnt how to correctly pronounce the Latin words in the Mass and are becoming more confident singing the chromatic melodies of the piece.  The wide tessitura was a challenge for the pupils but they learnt some good techniques to help them develop their vocal range.  It is a super experience for the children to be involved in a concert that celebrates Leonard Bernstein and a style of music that is less familiar to them.  Keep up the great work children!

Well done to 20 of our Samba Band players who performed in the Old Basing Carnival.  The children walked for 40 minutes whilst playing and then performed again in the Old Basing Recreation Ground.  Thank you to all the parents/guardians who supported and joined in playing in the band.  It was lovely to see people in the distance dancing to the rhythms of the Samba Band that echoed through the streets of Old Basing!  A particular favourite moment was the acoustic effects under the bridge as well as members of the army joining in playing in the band.  Congratulations to all involved - you looked great in our new Tadley Primary Samba T-Shirts too! 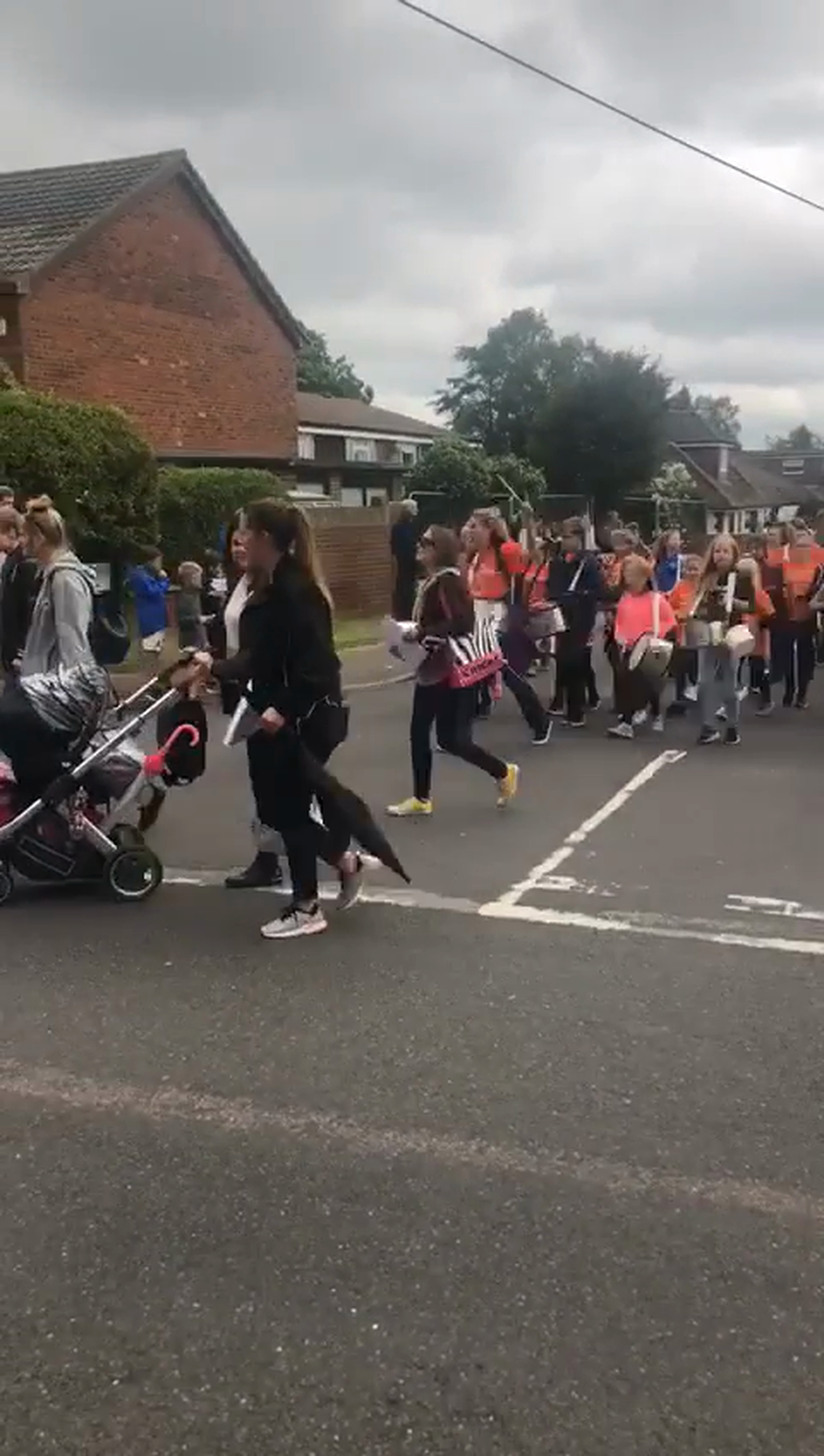 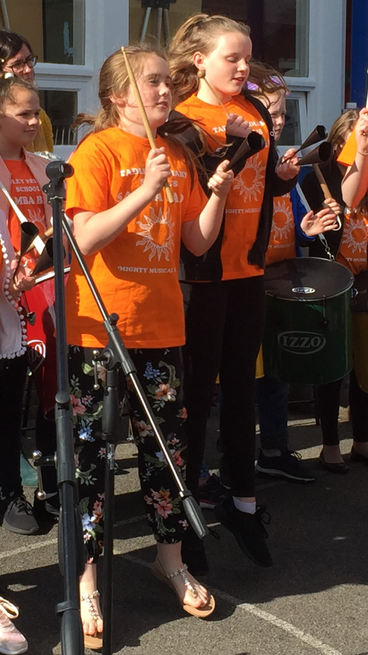 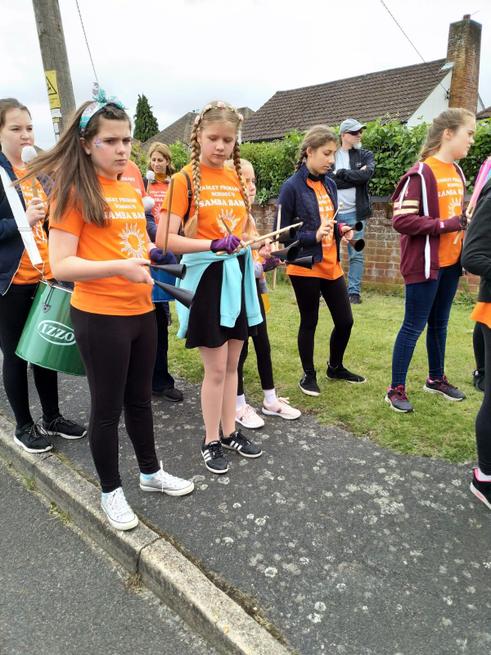 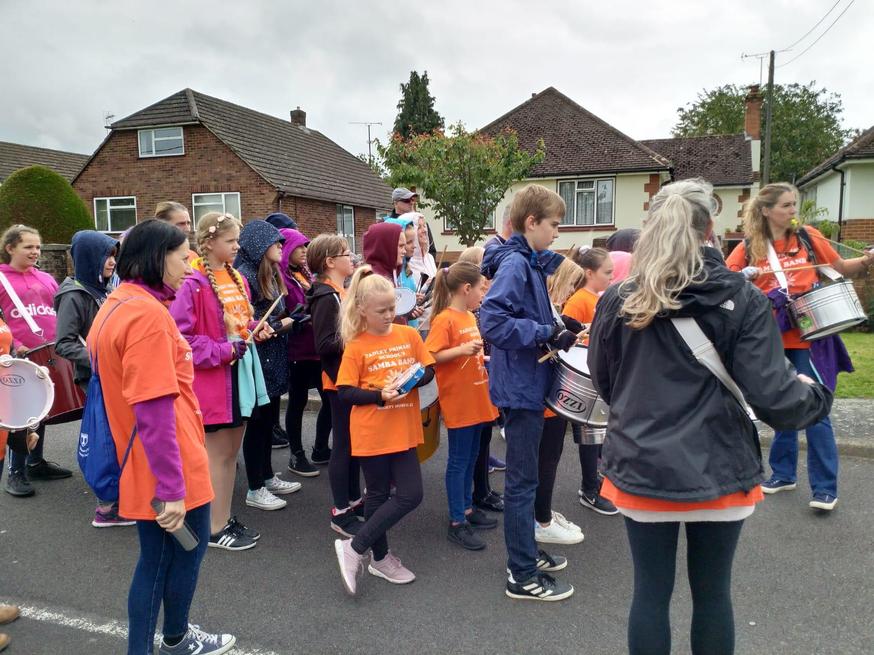 Our beginner recorder players are preparing a piece of music for their Sharing Assembly in Year 3/4 - we are looking forward to hearing them play. Congratulations to all the children who performed in our Rock Steady Concert at the end of the Spring Term.  You performed confidently and competently and showed super awareness of ensemble playing - great work! 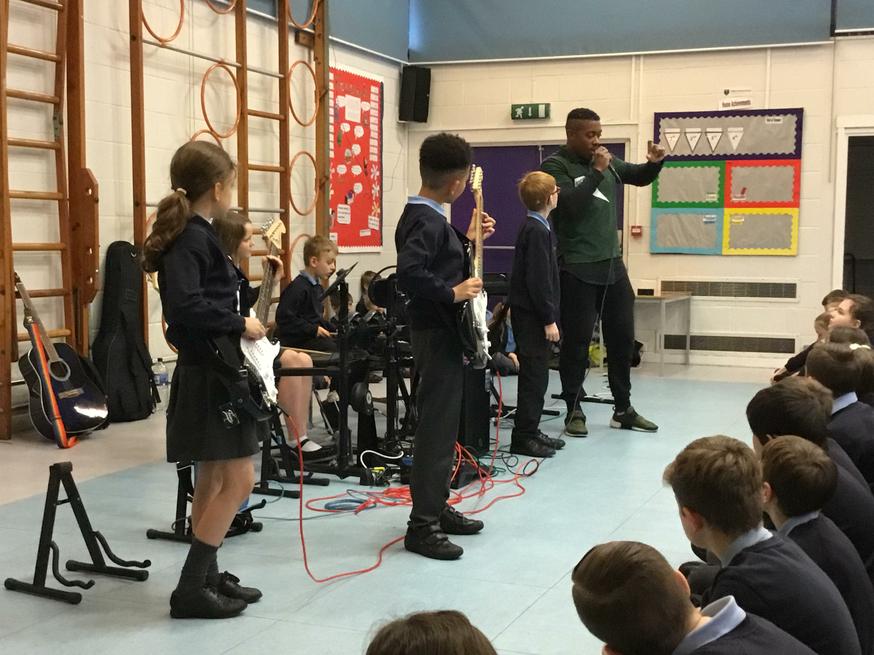 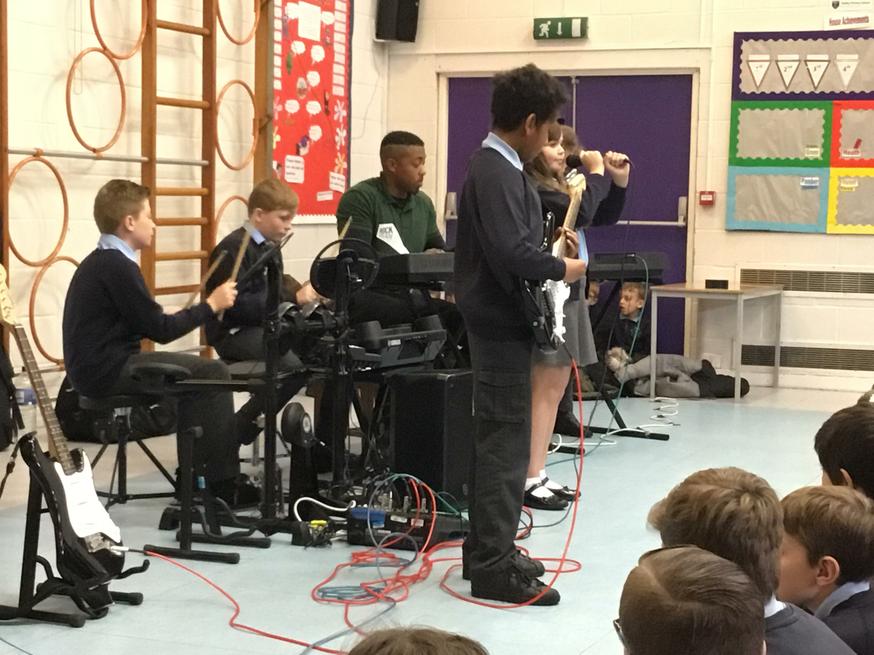 Well done to all our vocal and piano pupils who took part in the charity concert at Pamber Heath Memorial Hall to raise money for families in Venezuela.  Thank you to Persephone Dennis, who delivers piano, vocal and violin lessons at Tadley Primary, for organising a wonderful event.

On Thursday 21st April, 49 of our Key Stage 2 choir members performed a variety of songs at Wembley Arena.  The children performed with confidence and enthusiasm - well done children!  They also enjoyed some live performances by up and coming bands, 'Road Trip', 'Bring It North' and 'New Hope' and enjoyed the opportunity to meet the band members.