For Year 6 Maths SATs revision, please click on the link below.

On Remembrance Day, Year 6 and Mrs Peters attended the service at the War Memorial at St. Paul's Church, led by Rev. Richard and attended by a representative of the British Legion and members of our local community.

The children were given crosses, which had the names of Tadley men who sacrificed their lives in World Wars I and II, to place in front of the memorial as their names were read out.

The two minutes silence was observed and prayers were said.  The children represented Tadley School beautifully and we were proud of their involvement in such an important and moving occasion.

Meanwhile, the rest of the school attended a Remembrance assembly led by Miss Mohain.

When the Year 6s returned, we were lucky enough to have Mr Nash, Holly's great-grandfather, and his daughter talk to Orcas, Seals and Narwhals about his experiences fighting in the Second World War. The children and staff were fascinated to hear about his role as a Private, where he fought in Europe, his traumatic experience when he was injured and his amazing close-shave to get back to England.  We were all impressed by his detailed memory and the fact that he attended Tadley School himself over 80 years ago!

Mr Nash showed the children his dog tag from his time serving our country.

We all thanked Mr Nash for his service and for coming to talk to us.  What an amazing gentleman; it was a privilege for us all to hear his stories first-hand.

Harvest Festival
Today, we went to St. Paul's Church to celebrate our Harvest Festival with Mr McKay, Mrs Peters, parents, friends and families.  We shared with them all the work we have been doing in R.E., Design Technology, Art and Music.  We brought donations to share with the local foodbank, sang Harvest songs, told bread-related jokes and even had a quiz!

Our Harvest Donations and Art Work

While the Year 6s have been at PGL, the rest of the year group have been looking at figurative language in English, associated with our Space topic.  We identified similes, metaphors and personification in a piece of writing by Commander Chris Hadfield (ex-International Space Station Commander) and then came up with our own to describe these pictures...

Here are some of our examples of figurative language:

The rocket reached for the moon.

The planet sits among the rocks.

The space station is running around earth.

Examples of personification by Zack, Jack, Oliver and Evie.

The rocks are floating bullets in space.

The ring is a boulder gathering in the sky.

The I.S.S is a hovering house.

Examples of metaphors by Oliver, Holly and Aaron.

As slow as a sloth , Saturn turned in its axis.

Examples of similes by Holly, Oliver and Izzy.

Science - Where is the Earth in space?

Year 5/6 classes learnt about the solar system and created mnemonics to help them remember the order of the planets.  Children then took the role of a planet and used their mnemonics to help order themselves in relation to the sun.  All pupils practised orbiting the sun, in the playground, whilst trying to spin! 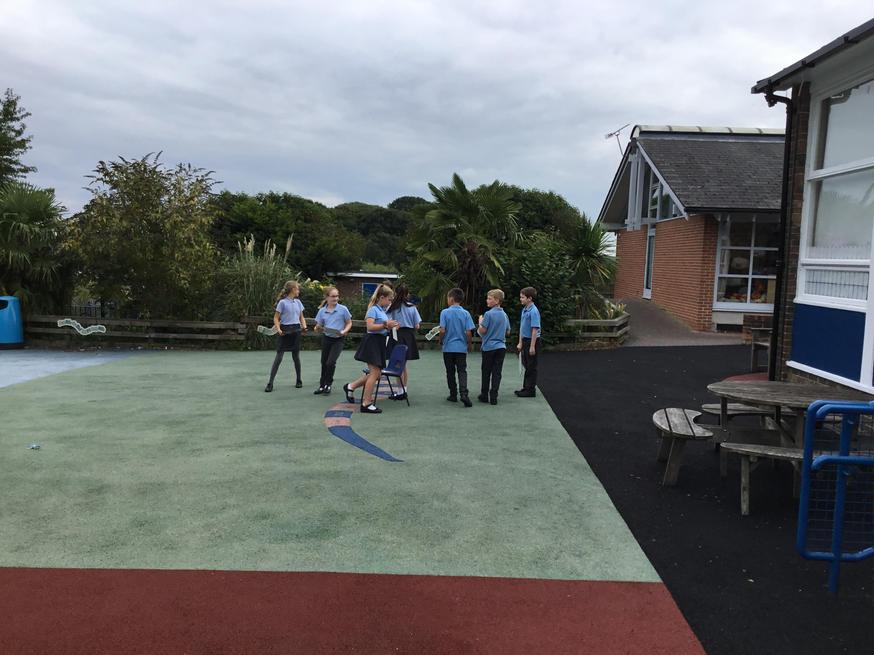 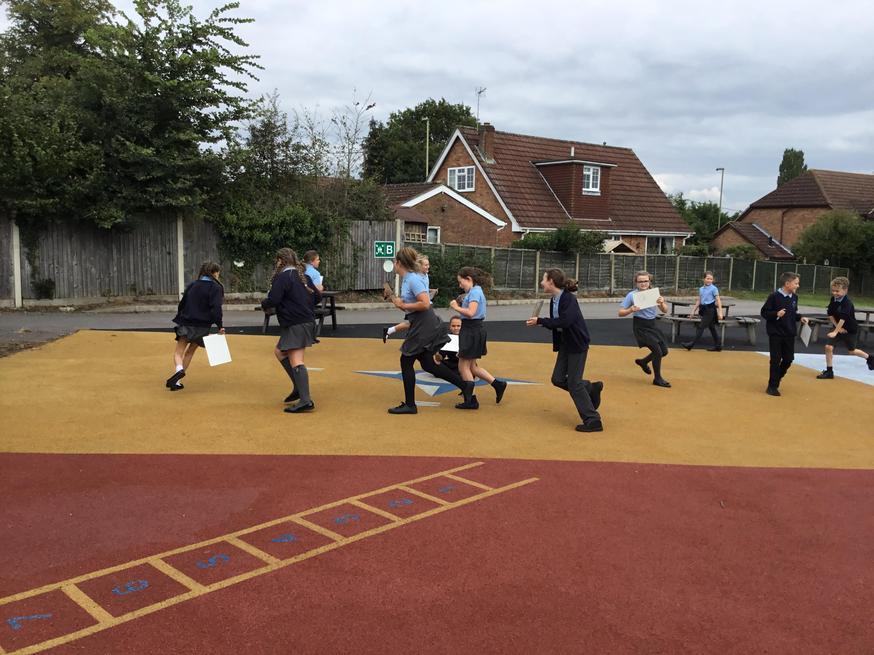 As part of our PSHE curriculum lessons, children looked at the theme of friendship and identified how to maintain positive and healthy relationships.  They took part in small group and whole class discussions and considered questions such as:

- Do I know how to make friends?

- Can I explain why it is good to have friends?

- Is it okay to disagree with a friend?

Children considered different scenarios that they may face with friends.  They discussed and considered how to manage each friendship issue best and then used role play, freeze frames and thought tracking to share their ideas. 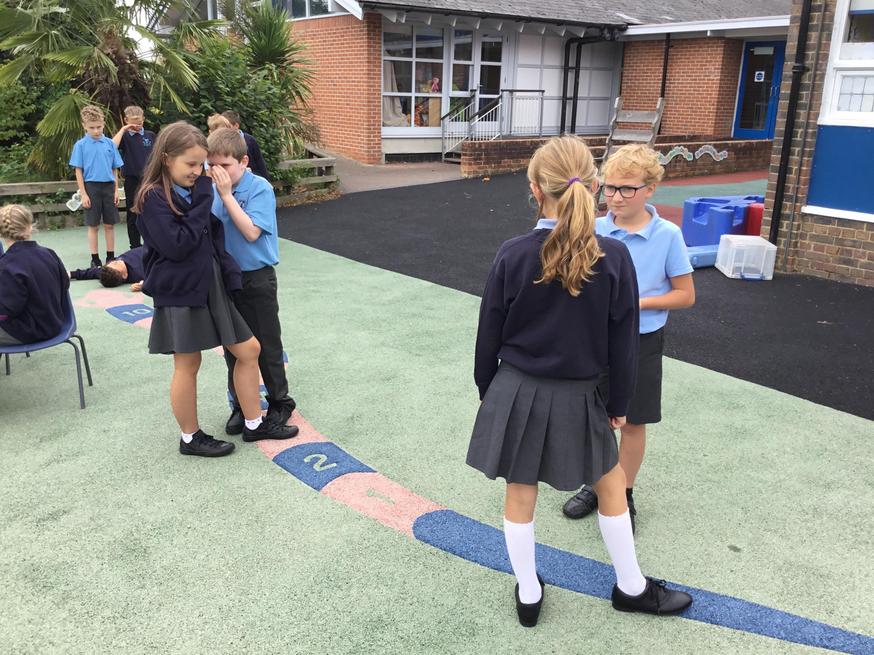 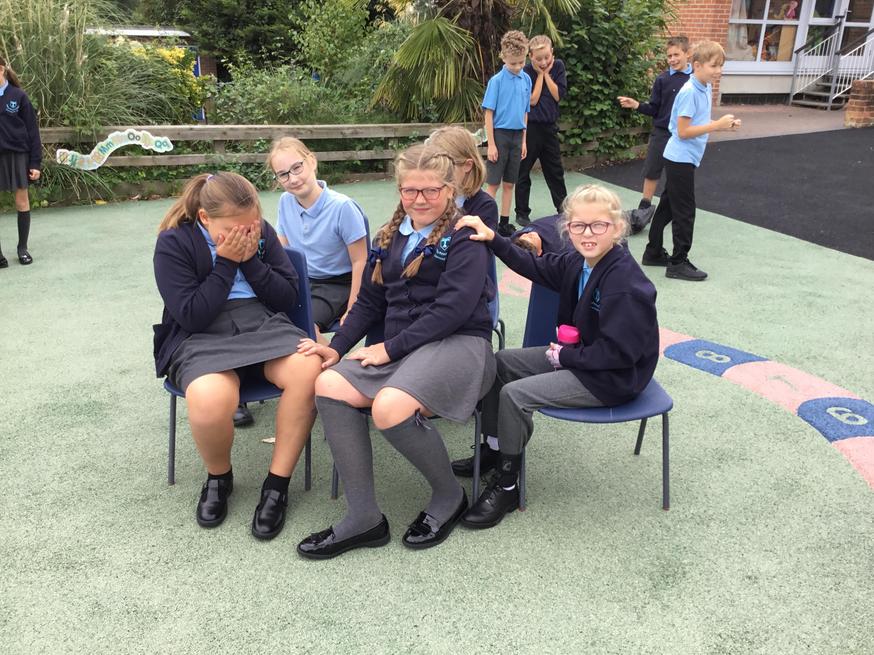 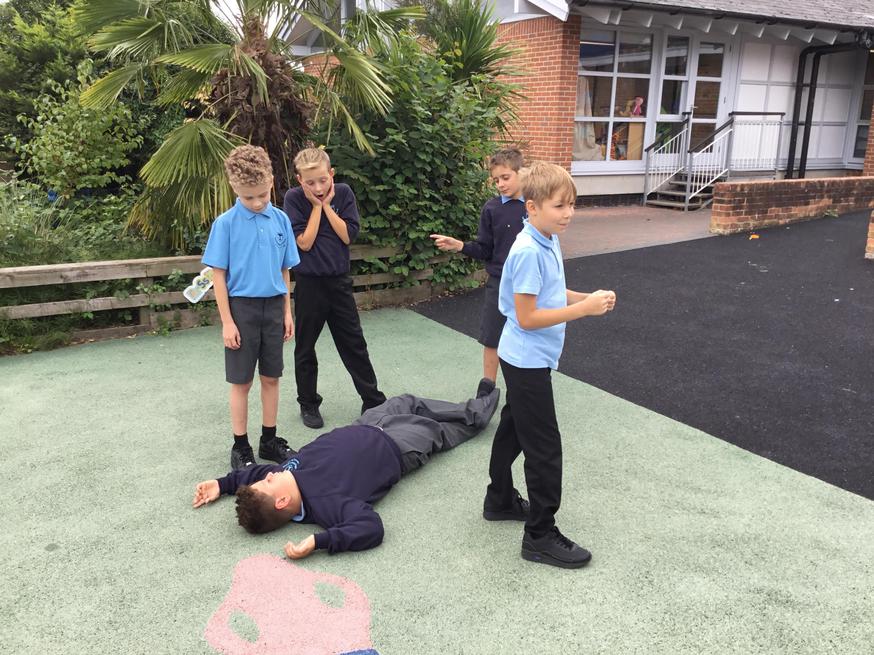 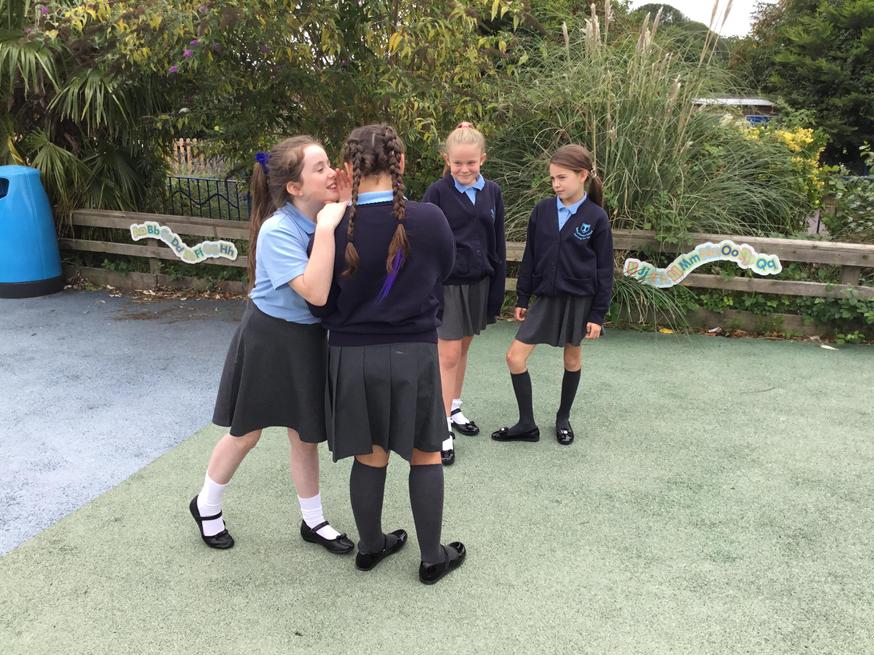 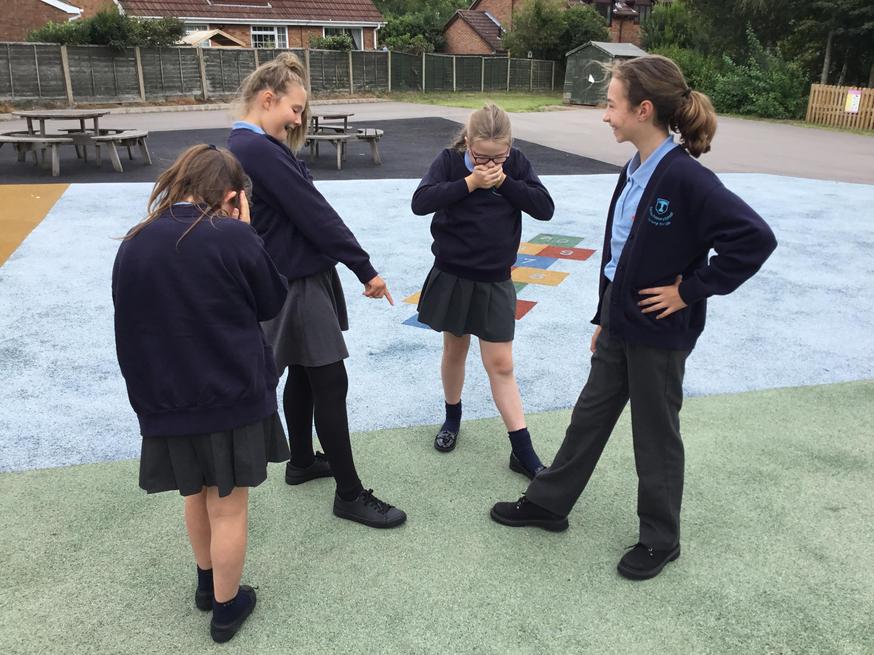